The watch has numerous design features that dates it to 1660-1670.
It's one of early balance spring watches, after it's invention by Hooke and Huygens about 1660.

The watch is equipped with self hour striking.
Before invention of repeating on demand in late 1670s, the self striking was the one of popular complications.
But this early version with counting wheel isn't very comfortable.
When the wound is off, it requires manual synchronisation between time and striking trains.

Condition
The watch appears to be in pretty nice condition.

Technically it's running in any position.
Striking train is working, but not tested thoroughly, please look video. 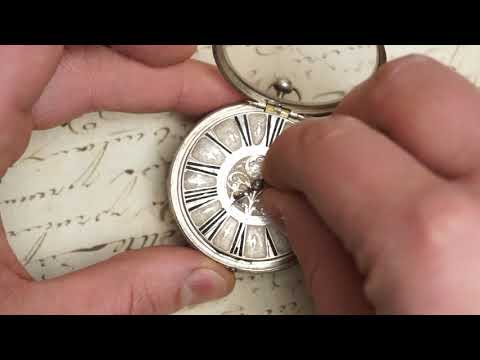 Video will open in a new window